Thugs of Hindostan starring Katrina Kaif, Aamir Khan, Amitabh Bachchan and Fatima Sana Shaikh is one of the most awaited films of 2018. Locked for a Diwali 2018 release for 7 November, the film is sure to set box office cash registers ringing. And now, we have chanced upon a few videos where Katrina is seen at dance rehearsals for her special number in the film. Kat is a beautiful dancer and she is being choreographed by Prabhu Deva for this track and so we know the results will be awe-inspiring.

These videos were shared by Katrina on her Instagram stories, later reposted by her fanclub on Twitter and they give us a good glimpse of what is in store for us. While Kat has had our heart with numbers like Sheila Ki Jawaani, Chikni Chameli, Kamli, and the most recent Swag Se Swagat, this one from Thugs Of Hindostan looks all set to outdo all the previous ones. This is nothing like what we have seen Katrina Kaif do before. Take a look at the videos to know what we mean. 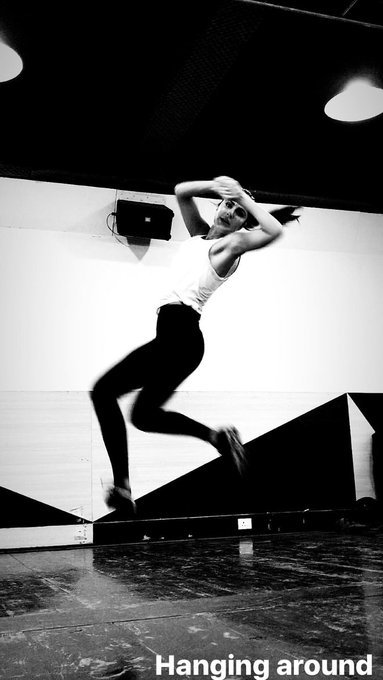 
Awed, aren’t you? We bet these videos have made your wait to see Katrina in Thugs Of Hindostan a little more difficult. Apart from Thugs, the actress who is riding high on the success on Tiger Zinda Hai, will be seen in Zero alongside Shah Rukh Khan. She plays an actress with an alcoholic problem in the film, again something she has never attempted before. This year, Katrina seems to have some very interesting surprises lined up for fans. Haina?
- February 02, 2018
Email ThisBlogThis!Share to TwitterShare to FacebookShare to Pinterest
Labels: ‪Aamir Khan‬, ‪Amitabh Bachchan‬, Bollywood, Bollywood News, Bollywood Trends, Dance, Entertainment, Film Industry, ‪Katrina Kaif‬, ‪Nagraj Manjule, ‪‪Shah Rukh Khan‬, Thugs of Hindostan‬