Its official! Samantha Akkineni to star in Tamil and Telugu remakes of U-Turn

One of Kannada's big hits U-Turn is being remade into Tamil and Telugu. While it has been speculated that Samantha is headlining the remakes, there was confusion as rumours spread that Nayanthara might be the heroine. However, Sam has now confirmed that she will be playing the lead role in both the Tamil and Telugu remakes. The actress further said that the project will go on floors during February. The remakes are being helmed by Pawan Kumar who directed the original film as well. Starring Shraddha Srinath, the film documents the journey of a journalist who tracks down a few deaths on a flyover. Incidentally, U-Turn marked Shraddha's debut in Kannada. The film was a hit, earning several awards for the Vikram Vedha girl. 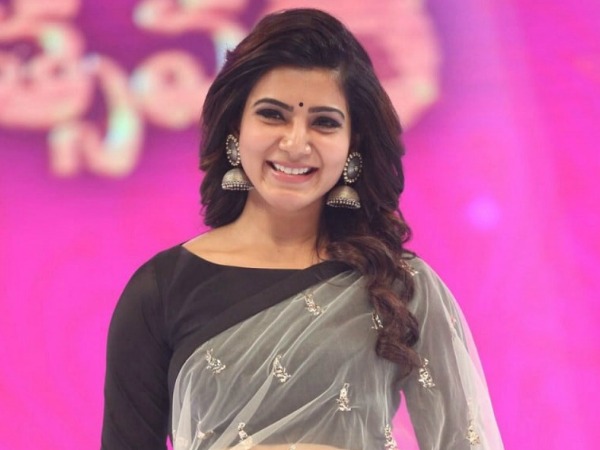 Samantha has a busy 2018. Samantha, who tied the knot with her long-time beau Naga Chaitanya, has been working round the clock. The actress is awaiting the release of her film with Vishal, Irumbuthirai and is also working on Thiagaraja Kumaraja's Super Deluxe, the untitled project with Ponram-Sivakarthikeyan, Rangasthalam with Ram Charan and Savithri's biopic Mahanati.
See Samantha Akkineni tweet confirming her role in Tamil and Telugu remakes of U-Turn:

Everything I want !! Shoot begins in Feb for @pawanfilms #Uturn #Tamil and #Telugu , produced by Srinivasaa silver screen

. Thankyou always for your support


A sneak peek of her role from Super Deluxe was unveiled recently. In a never-seen before avatar, Samantha as Vaembu created much waves around the project. Incidentally, Vijay Sethupathi is playing a trans-man in the film. Irumbuthirai, which was initially scheduled for a Republic Day release, is now likely to release in February or March after Vishal agreed to let Jiiva's Kee release, as a gesture to producer Michael Rayappan.
- January 24, 2018
Email ThisBlogThis!Share to TwitterShare to FacebookShare to Pinterest
Labels: Bollywood Trends, Entertainment, Film Industry, Samantha Akkineni, Tamil and Telugu, Tollywood