The favourite singer of 90's generation, king of bhangra Daler Mehndi who's super hit songs- Tunak Tunak and Na Na Na Na-Re remains the backbone of every dance party. Now he announces his new song project in his exclusive interview. 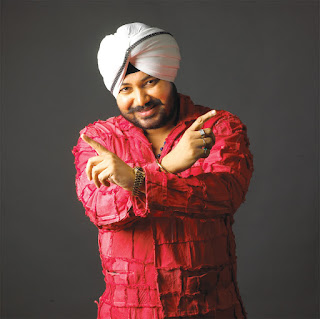 He has become a part of T-Series Mix Tape Punjabi. His singing and vibrant appearance always an eye-catching in videos. Catch up the interview where he discussed about his upcoming projects,songs,Mix Tape Punjabi and much more. 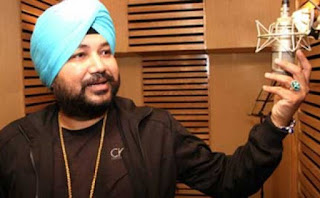 1. How was your working experience for T-Series Mix Tape Punjabi?

It was really a great feeling associating with T-series and working on T-series MixTape Punjabi. This is a special party edition, wherein so many renowned artists and singers from the Punjabi fraternity will be performing under 1 roof. I am pretty sure our tracks will do well. I am doing a solo performance on my songs – Kudiyan Shehar Diyan and Na Na Na Re. Music director Abhijit Vaghani has created a wonderful version of the song and given me a chance to revive my chartbusters.

2. Which T-Series Mix Tape has been your personal favourite from season 1?

In fact, I saw season 1 of T-series MixTape which launched earlier this year and really liked all the episodes. Besides having received millions of views and a fan following, it gave the same songs a fresh perspective and a newer audience. I’m glad they decided to consider us for the special edition

3. What are your thoughts on the current music scenario of Bollywood?

The variety of music has changed a lot over time. Audience liking too has changed. As a result, musicians have to make music which sells and is accepted by the audience. These day musicians add a portion of rap, some inappropriate words, weird lyrics and a western touch saying this is what sells. Music now is very different from what it was when I started off my career.

4. How do you see the transition of music scenario in Bollywood? Back in your time, Indie Pop music was at boom but now we hardly see any songs in this genre?

The music scenario keeps changing.In the early ’90s, there was an inclination towards western music. In 1995, I introduced Punjabi indie pop music, a genre that was lauded by Indians. Even discotheques started playing Punjabi music. Today is the time of digital age. Even today, my song ‘Tunak Tunak’ is perhaps is the most played song on the digital medium.

5. Your song Kudiya Seher Diyan was remade in Poster Boys. So how do you see this remake trend in Bollywood?

Good music will never die. Remakes of the good old songs are good, as the audience gets to hear it in a new avatar. Even Mixtape is all about recreating old songs for the young digital audience.

6. Apart from this, which song of yours do you think is underrated and you think that it should be remade?

My one song I would like to recreate – ‘Bolo Tara Ra Ra’.

7. You have a signature style in your voice for which you will always be remembered. In the current slot, who do you think has this kind of unconventional touch to his/her voice?

8. Apart from the T-Series Mix Tape, What’s next?